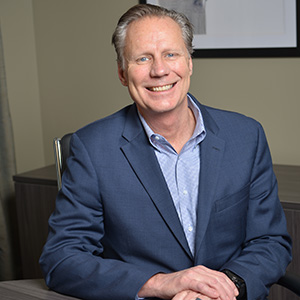 Centurion made the closing process a breeze. On closing day, the sche duled closing was on-time, and funds were wired without any issue. Centurion did all the work making sure there were no speed-bumps, Thanks Centurion!

Kurt started his career in the title industry in 1997 with Three Rivers Title Company based in Fort Wayne, Indiana. During his time with Three Rivers he gained experience is several capacities including, title production, escrow, and management operations. In 2005 Kurt joined Stewart Title in Houston Texas working as their International Escrow Manager, with a focus on escrow operations supporting transactions in Mexico. In 2006, Kurt relocated to Elkhart, Indiana and took the position of Co-Manager of the Stewart Title direct operation. In 2009 Stewart relocated Kurt to Indianapolis where he worked as Indiana Division Co-President and President of direct operations until 2016. In 2016, Kurt moved to Fidelity National Title as the Central Indiana Escrow Manager, and he joined Centurion Land Title in October of 2018 as COO. Kurt has a Bachelor Degree in Business Administration, he was a member of the Indiana Land Title Association Board of Governors from 2015-2016, and a member of the ILTA Education Committee from 2015 - 2018.

Andy has been with Centurion Land Title since its opening in March of 2013. He has a sales background in Real Estate and Business Development. Andy is a Fort Wayne native and graduated from North Side High School and has a B.A. in Communications from Purdue University - West Lafayette. Through the Account Executive position, Andy serves as point of contact for Realtors, Lenders, and other clients throughout the Real Estate transaction.

Samantha started in the title industry in 2002 with Three Rivers Title Company based in Fort Wayne, Indiana. Over her title career she has also worked for two large underwriters, Stewart Title and Fidelity National Title holding positions as Closing Manger, SureClose Specialist, Co-President, State Sales Manager and as a Regional Sales Manager. In 2018 she joined Centurion Land Title as Sales Manager for Central and Southern Indiana. Samantha has touched every facet of the transaction process and understands that each market and transaction is unique. She has been a member of Women's Council of Realtors, UpStar Alliance of Realtors, MIBOR Realtor Association, Elkhart County Board of Realtors, Home Builders Association of Fort Wayne, Greater Indiana Mortgage Banker Association and North East Indiana Mortgage Banker Association.

Brittany joined the Centurion team in August of 2017. As an Account Executive, she builds relationships with potential customers and continues to take care of current, loyal customers. She enjoys sitting at the closing table as often as she can! Prior to joining Centurion, Brittany worked for another title company in town for 4 years where she worked in escrow as well as sales. Before that, she was a lender in town for 4 years. When not working, Brittany loves to take her son to Tincaps games or to the lake. In the winter, they enjoy Komets games and Skyzone.

Cheri has been in the title business almost 15 years and started with Columbia Land Title in 1995 as a typist/processor. Columbia became Metropolitan Title and Cheri was Branch Manager at their North office from 2003-2007. Cheri is an escrow agent now for Centurion Land Title and closes both residential and commercial transactions.

Ellen has been with Centurion Land Title since July 2016. She works on the production team as a Final Title Policy Assistant, where she produces all Owner's and Loan Policies for every transaction that is closed. Prior to joining Centurion, Ellen lived in Illinois and worked at UGN, Inc., a company specializing in sound solutions for the automotive industry. Ellen enjoys visiting the Fort Wayne Children's Zoo, attending Komet hockey games, and going to the bowling alley with her family.

Maria joined Centurion Land Title in May 2018. As a Production Assistant, she is responsible for order entry, distribution, commitment modification, and commitment typing. Prior to Centurion, Maria spent 7 years in the medical field, working in medical billing, pain management, and chiropractic. Outside of work, she enjoys being outside with friends, spending time with her dogs (a chocolate lab and a black lab), and running half marathons.

Laurie joined Centurion Land Title in August 2018. As a Production Assistant, she handles typing commitments. Prior to Centurion, Laurie was a case manager for homeless women with mental illness. One of her favorite things to do outside of work is visit the various festivals in and around Fort Wayne.

Austin joined the Centurion Land Title team in December 2017. As a Title Examiner / Title Searcher, he is responsible for researching real estate to ensure the property has a clear title. He also updates and examines the title commitments. Prior to Centurion, Austin worked as a Real Estate Appraisal Deputy for the Wayne Township Assessor's Office. When not working, you can find Austin playing sports for local leagues and attending local concerts.

Teresa joined the Centurion Team in February of 2019. Her background in Sales, Property Management, Real Estate and the Title industry has brought an asset to the Centurion growth in the Indianapolis market. Through Teresa’s Account Executive Position, she’s able to assist her Realtor and Lender partners with a smooth transaction and provide the tools to help them Close with Confidence. She has shown her commitment to the title industry through many different channels such as completing an extensive Coaching program in 2016 which showed her “out of the box” title selling skills, Graduating from the Real Estate Academy of Leadership in 2018 and serving 5 years for the Hamilton County MIBOR division which she sits Chair for in the 2019 term. The HamCo MIBOR division honored Teresa for her strong involvement to the division and the community in 2018 with their, “Affiliate of the Year”, award. She is excited to work for Centurion Land Title and looks forward to assisting with the growth of our company in the Indianapolis market.

Steve joined the Centurion Team in January of 2020 as an Account Executive. He has over 20 years’ experience working in the Real Estate industry. Starting with the lending industry in the mid 90’s then spent the last 7 years serving in the Home Warranty world. Steve serves on the executive board for HamCo serving the Hamilton county community. Through the Account Executive position, Steve provides Title and Escrow Services for Real Estate Agents, Lenders and consumers throughout Indiana. When Steve is not at work He enjoys spending time outdoors with his Family.